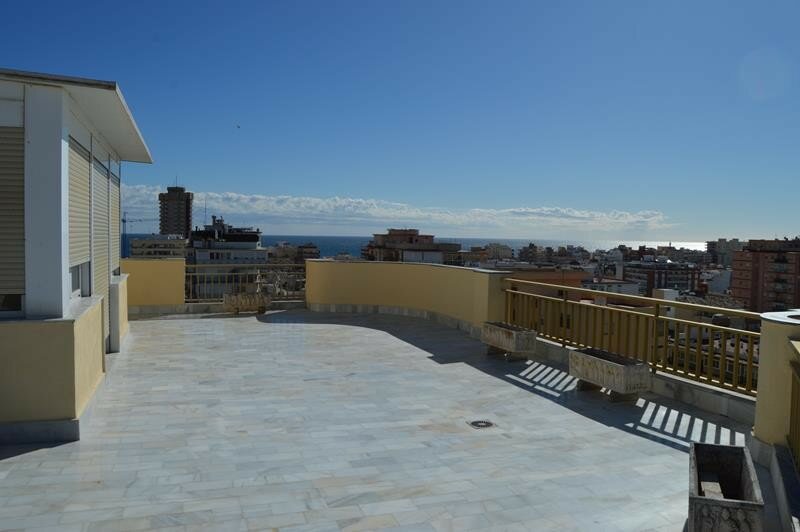 PENTHOUSE IN THE CENTRE OF FUENGIROLA WITH 360 DEGREES VIEWS OF THE CITY, SEA AND MOUNTAINS

This is a magnificient property boasting 315 metres of wrap around terrace and 360 degree views of the coast, mountains and sea. Situated in the very centre of Fuengirola steps away from shops, restaurants, transport and the beach. Built on two levels as two independant living accomodations. The property covers the whole top of the building leaving no room for any other apartments on the same level. The upper floor was previously used as a dentist clinic, this could easily be made into one large apartment or divided into two as it already has two kitchens on that level. A unique property with panoramic views from every room.

Fuengirola is located just 25km west of Malaga and is easily accessible by road, bus or train and is a popular tourist and residential area. Fuengirola has a population of 75,953 inhabitants with an average yearly temperature of 18 degrees and an average yearly rainfall of 570mm. The main reasons for its popularity is its location and proximity to the resorts of Benalmadena and Torremolinos to the east and the resorts of Mijas Costa and Marbella to the west, just over 35km away. It also has 8km of coastline of which is mostly uninterrupted beaches of which there are 7, one being a blue flag beach.